Beyond the Frame at Orleans Gallery

I was delighted to be part of Orleans House Gallery’s recent exhibition, Beyond the Frame.  When the brief for the show went out it was a world where Brexit and the environment were just about the only hot potatoes on the table – what a world now, eh?!

It was a great honour to once again be commissioned by the gallery to create some new reinterpretations from their amazing archive for their exhibition, and I at once chose a hilarious piece from 1844 celebrating the meeting of King Louis Philippe, Duc d’Orleans and his entourage with Queen Victoria and Prince Albert – I couldn’t help feeling there was something deeper going on in the expressions of the subjects than just a jolly diplomatic encounter – to me their faces seem to betray other emotions and the urge to give them all thought bubbles got me thinking… so I made seven other themes of equally absurd, cynical or fantastical diplomatic encounters… some play on the staged aspect, some on the futility, some on hidden and blatant agendas, and a couple of topical comments on dubious diplomatic relations of the day. 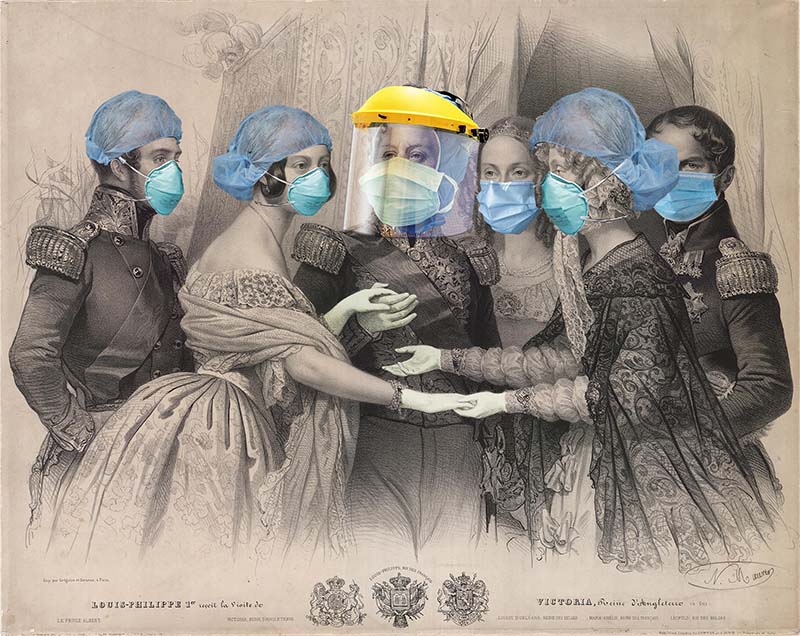